The History of Embroidery

Embroidery, that is the embellishment of cloth with design made by needle and thread, is an art that stretches back to hoary antiquity.
The word 'embroidery' is a Middle English word derived from the old French 'broder' meaning edge or border.
Have you ever wondered when embroidery was born?
1000 years ago? 2000 years ago? Don't believe anyone who tells you: "I know!"
Historical roots of the origin of embroidery go deep into the depths of centuries. Embroidery is a very gentle thing. It isn't long-lived. Even in museums special conditions are required to preserve it from damage.
The first embroidered piece of cloth had no chance to survive for a long time.
The appearance of embroidery is closely linked with the appearance of the first stitch in the manufacture of clothing (at least 300 centuries ago). The first embroidery supplies could be veins of animals and natural hair. It is clear that no evidence remains from that period.

Egyptian mummies were wrapped in garments embroidered in gold and robes of kings and noblemen were embellished with embroidered designs as were the trappings of their chariots. The design was made with threads of linen and wool, the hair of goats and camel and exceedingly fine strips of gold and silver.
Such work has been found on mummy wrappings: 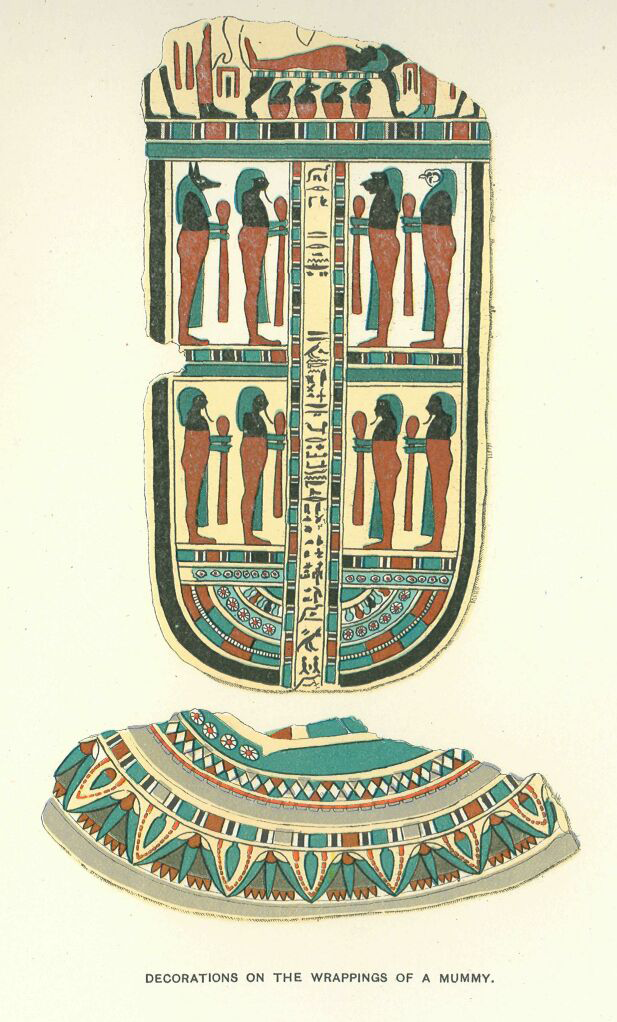 According to the Bible, Moses covered the Holly of Hollies with a veil of fine linen embroidered with cherubim of blue, purple and scarlet. The temple built by Solomon in Jerusalem was adorned with an embroidered curtain. 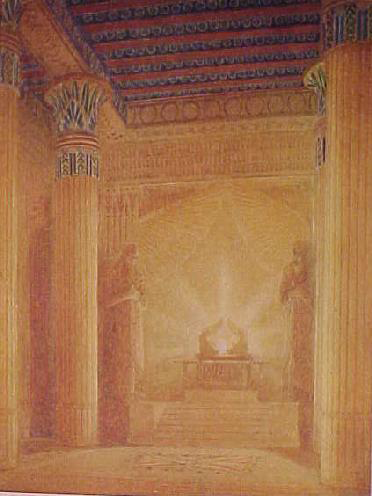 Long before the advent of the Christian era Babylon, Persia and Sidon had achieved great perfection in the art of embroidery.

Alexander was dazzled by the specimens of Persian embroidery brought to his notice. China and India also had developed the art from early times.

The sculptures of Bharhut and Sanchi, dating from the 2nd and 1st centuries B.C., show figures wearing embroidered veils and headbands. 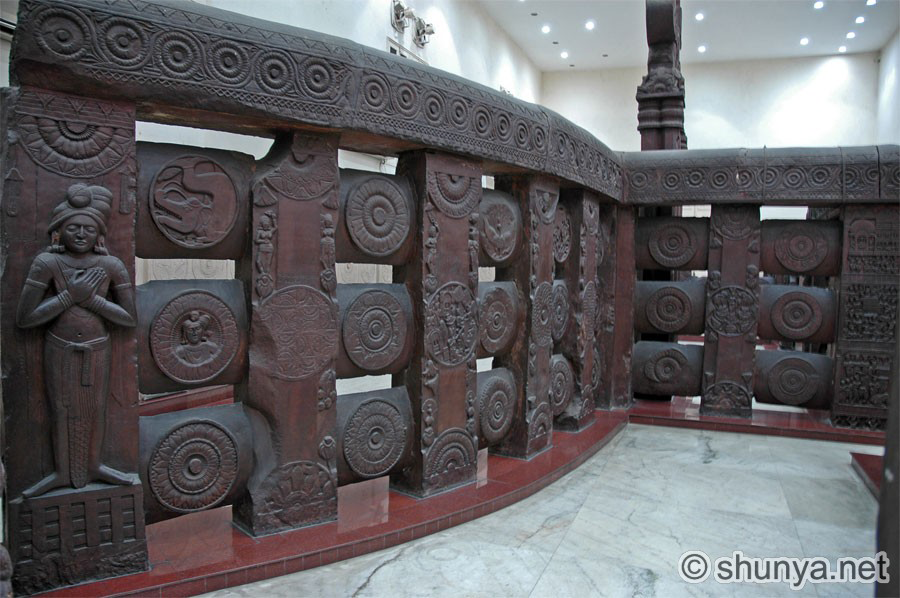 About European Medieval embroidery we can learn a lot from the painted pictures. 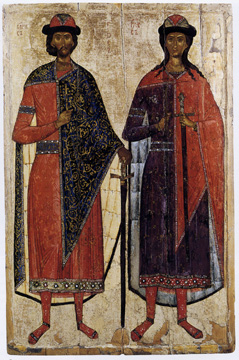 (State Russian Museum, Saint Petersburg)
Here you can clearly realize the details of the embroidered cloth.

Another well-known example of embroidered cloth is the Bayeux Tapestry (1066), which explains the events leading up to the 1066 Norman conquest of England as well as the events of the conquest itself.

Portion of the tapestry: Harold is struck in the eye by an arrow and dies.

Just take a look at the pictures of famous European painters - you will find a lot of beautiful embroidery designs - ladies dresses, kings' garments, clothing of knights and of peasants ...
Middle Ages clothing and fashion like everything else were dictated by the Pyramid of Power which was the Middle Ages Feudal System. 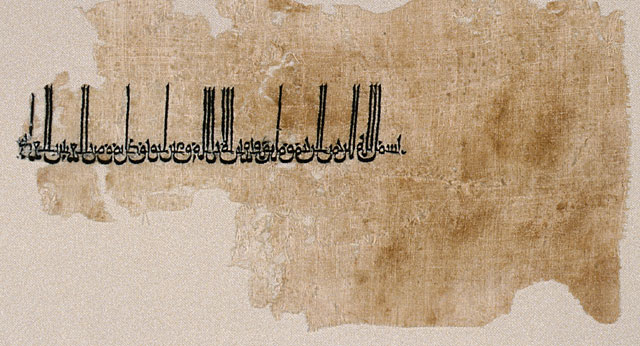 You can easily recognize that the latter two embroidery pieces were made by Muslim artists.
By the way: one popular assumption is that Islamic culture does not tolerate figural imagery. This ban can certainly be seen at work in religious contexts. No human or animal figure appears in mosque decoration. On the other hand, figural images were common in secular contexts, especially in works of art made for the courts of Islamic rulers. Ivory caskets from the courts of Muslim Spain, for example, are sometimes carved with images of courtiers and musicians surrounded by birds and animals in a garden setting, and many literary manuscripts contain figural illustrations.

Many of the surviving Persian textiles contain human figures: 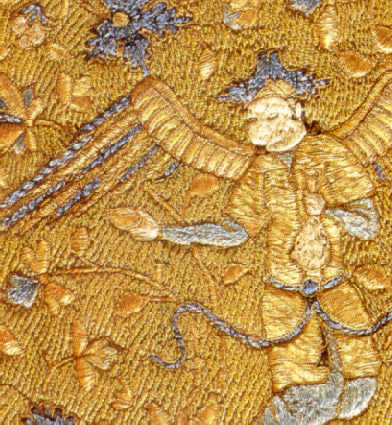 The art of embroidery continues to develop in our days.